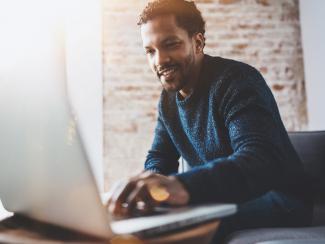 5 Ways to Get More Out of Your RRSP

Bruce Baron started contributing to a registered retirement savings plan (RRSP) as soon as he turned 18. At first, he put money into the plan because it was a place to put his money. Over time, the Toronto-based lawyer’s RRSP contribution decisions became increasingly sophisticated.

For people in higher tax brackets, an RRSP should be a priority, as it lowers their income for tax purposes.

Baron invested in mutual funds, selecting a diverse array of sectors to minimize risk, says Baron. He then added more targeted investments that were performing well. “As I became more educated, I shifted into other (areas) that were able to provide a (good) return,” he says.

He now keeps a close eye on his RRSP, knowing that because he’s self-employed, his retirement portfolio must deliver. He also relies on the advice of a financial advisor who provides financial and investing guidance.

Like Baron, anyone who puts money away into an RRSP should make sure they’re getting the most bang for their buck. Here’s how to get the most out of this crucial retirement account.

“Surveys have shown that there’s a lot of unused RRSP contribution room,” says Todd Sigurdson, Director, Tax and Estate Planning at IG Wealth Management in Winnipeg. For people in higher tax brackets, an RRSP should be a priority, as it reduces their income for tax purposes, he says.

According to StatsCan, the average RRSP contribution in 2016 was only $3,000. The RRSP limit is based on 18% of the previous tax year’s earned income up to a fixed maximum, which is $26,230 for 2018. He suggests you make the biggest contribution you can.

Don’t wait until the last minute

While it’s better to make one big contribution before the RRSP deadline – the next one is March 1, 2019 – rather than skipping it altogether, this is not the best way to invest, says Sigurdson. “The earlier you make the contributions, the better off you are,” he says. Why? Because the sooner you contribute the more time it has to grow.

If you can’t max out your RRSP with a lump sum contribution at the beginning of the year (a contribution on January 2, 2019, would be 14 months before the 2019 RRSP deadline in 2020), then make smaller monthly contributions throughout the year. At least some money can start growing right away. Make things easy by automatically moving money from a paycheque into an RRSP account, says Sigurdson.

If you have a lot of room in your RRSP, but not a lot to contribute, consider an RRSP loan, says Sigurdson. This can be particularly advantageous for people in high tax brackets. Only do it, though, if you can repay the loan within 12 to 24 months. The tax refund you receive from contributing will help. “You can use the tax refund to pay off some or all of the loan,” he says. “An individual in a 50 percent tax bracket who has been contributing to an RRSP during the year could take out an RRSP loan equal to their contributions during the year and use the refund to pay off the entire RRSP loan. They’ve doubled their RRSP contribution in the year without having to save any extra money.”

If one person makes a lot more money than their spouse, they should consider a spousal RRSP. The contribution would lower the higher earners tax hit, but withdrawals in retirement would be taxed at the lower earner’s tax rate. It’s most effective if, come retirement time, one spouse is in a higher tax bracket than the other. “This can be a very effective income-splitting strategy,” he says.

Keep your hands off

The real benefit of an RRSP is the tax deferral – so don’t touch your investments if you can help it, says Sigurdson. There are alternative investment vehicles, such as tax-free savings accounts that can be used for short-term savings and emergency funds. Any withdrawals from an RRSP will be taxed at your marginal tax rate, unless they are made under the Home Buyers’ Plan or the Lifelong Learning Plan.

Though he’s still many years away from retirement, Baron now has a nice nest egg. He credits his diligent saving with getting him there. “The key to saving is budgeting,” he says. “I always had a very accurate and thorough budget which I followed religiously.”