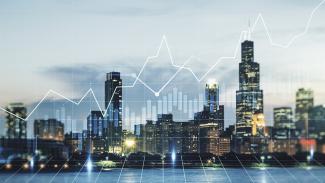 The year ahead is shaping up to perhaps be an extraordinary year for investors, as a uniquely bullish environment takes form. Driven by the promise of successful vaccines, the global economy looks set to experience a broad, synchronized recovery in 2021.

As vaccine deployments drive economic re-openings worldwide, activity will be boosted by pent-up demand. Corporate earnings, already back to pre-COVID-19 levels in many countries, will push to new highs. Economies will feel the lagged impact of massive global monetary stimulus and, in many cases, additional fiscal stimulus. With central banks anchoring benchmark interest rates near zero, risky assets like stocks and bonds will continue to find valuation support. Higher demand will lift prices of commodities tied to economic growth (for example, oil and copper) and likely weaken the US dollar — an outlook especially favourable to the Canadian equity market. Sure, there are risks of speedbumps along the way — most notably a surprise delay in vaccine deployment — but 2020’s unprecedented global economic shutdown has set the stage for what may be an unprecedented recovery.

As a wave of hopeful vaccine news emerged in the closing months of 2020, the Organization for Economic Co-operation and Development (OECD) said the global economy was turning a corner and would improve in 2021. The OECD now sees global growth of 4.2% for the coming year. Even without the availability of vaccines, many countries are already seeing improved economic momentum. China, the first major country to impose and then lift restrictions, was early in returning to strong growth that has lifted others in its supply chain (for example, Taiwan and South Korea) and export-oriented countries around the world (such as Japan and Germany). In a synchronous recovery, all regions are expected to see solid gains, especially some of those that were hit hardest by the pandemic.

Investor optimism had already stepped higher in early November with the declaration of Joe Biden as President-elect in the US, which removed much of the political uncertainty that weighed on markets in 2020. Less than a week later, markets began receiving steady doses of good news on vaccine progress: first from Pfizer Inc., then from Moderna Inc. and Oxford-AstraZeneca. The wave of hopeful news sent several stock benchmarks to all-time highs. The prospect of a faster “return-to-normal” is the confidence-booster that will encourage increased labour force participation, unlock pent up demand in areas such as travel and entertainment, and lift growth worldwide.

The new year may get off to a disappointingly slow start because of surging COVID-19 cases and renewed restrictions. Gains in employment and other measures were coming at a slower pace as 2020 ended. Europe may even see a double-dip recession. However, effective vaccines are expected to accelerate growth by the second quarter. Already, the expectation of better growth has caused the US dollar to collapse to a two-and-a-half-year low versus other major currencies. Copper has climbed to its best level in seven years and West Texas Intermediate oil (WTI) to its highest price since last February. Oil will likely continue to see a gradual rise, moderated by the measured easing of output cuts that the Organization of the Petroleum Exporting Countries implemented last year in the wake of the COVID-19-related collapse in demand.

As growth accelerates, most major central banks have indicated they will remain on hold for the foreseeable future. Officials at the US Federal Reserve were early in suggesting they are willing to let inflation run a “little hot” for a while to ensure the recovery doesn’t falter. Rising inflation expectations (if not actual inflation) will lead to some upward pressure on longer-term bond yields, steepening yield curves. By early December, the yields on 10-year Government of Canada bonds and US treasuries rose to their highest levels since last March. However, most observers think the upside to yields is limited, and that, considering the massive amount of debt that was issued in stimulus efforts, central banks would step in to stop rates from rising so high that they “blow up” federal budgets.

Expectations for gains in Canadian Gross Domestic Product for 2021 range as high as 5%, which would be the best full year since 1984. However, Canadian investors may have to contend for a short time with signs of slowing economic momentum, while vaccination efforts, which started in December, are slowly expanded. In the government’s Fall Economic Statement, Finance Minister Chrystia Freeland attempted to shore up Canadians’ confidence with an assurance that government emergency support programs won’t be withdrawn any time soon. The Bank of Canada, after its October decision to keep interest rates unchanged, also signaled that it intended to maintain a high degree of monetary stimulus until at least 2023.

Central bank and government officials warn that the recovery may be slow and fragile, citing several concerns, including consumer debt levels and the extent of damage COVID-19 inflicted on some sectors. However, there are also areas of strength providing momentum into the new year. Chief among these areas of strength is a robust housing market. The housing sector is enjoying multiple tailwinds, including historically low mortgage rates, work-from-home trends that are encouraging remodeling and improvements and pandemic-inspired shifts in consumer spending and living preferences. Strong housing demand, in turn, creates jobs and boosts confidence and net worth through higher prices. Broader retail sales also finished 2020 solidly above expectations, helped by continued improvement in employment.

The weakening of the US dollar and the expected increase in oil and other commodity prices bode well for the Canadian dollar, which has already strengthened in recent weeks to its highest level versus the greenback in over 2½ years.

The US looks forward to calmer waters

US growth should be robust next year – forecast at about 4%. Whether that growth is front-end loaded or back-end loaded may depend on the results of the Senate runoff elections in Georgia in January. Investors welcomed a fiscal stimulus package of about $900 billion in the final weeks of 2020. However, if the Democrats win both seats in Georgia, and thus take control of the Senate, expectations will rise quickly for another multi-trillion-dollar dose of economic support.

Investors are especially looking forward to a significant easing of the geopolitical and trade tensions that buffeted diplomatic relations and capital markets in recent years. The Biden team is expected to put a high priority on restoring and repairing US participation across many multinational institutions, including the World Trade Organization, the World Health Organization and NATO. A return to the Paris Agreement is expected to be among the new administration’s first actions.

Major stock markets have recently climbed to record highs and it shouldn’t be surprising to see that trend continue in 2021. With interest rates already at rock-bottom levels, and not much prospect for even-lower bond yields, there is not much hope for expanding valuation multiples to drive stock prices higher. Instead, earnings growth will have to be the key to equity performance. Luckily, earnings have already rebounded strongly. S&P 500 earnings have already returned to pre-COVID-19 levels. Because of the combination of improving employment, renewed consumer and business spending and more fiscal stimulus, earnings in the TSX and S&P 500 are expected to climb by as much as 10% or more in 2021. A weaker US dollar will further buoy the earnings of US multinationals.

Like most global equity markets, the TSX staged a dramatic recovery from the COVID-19 sell-off, climbing back into positive territory for the full year. However, it fell short of its pre-COVID-19 highs in February. Meanwhile, many other major indices, including the S&P 500 and the MSCI World Index, moved decisively to record highs. Among the TSX’s many challenges were a relative lack of growth stocks that benefited from the pandemic (Shopify Inc. being a notable exception) and a significant exposure to the energy sector that was especially hard-hit by the slowdown in global activity.

As 2020 came to an end, these trends looked like they were in the early stages of reversing. Relative performance of the mega-capitalization “stay-at-home” growth stocks, such as Amazon.com Inc. and Netflix Inc., was giving way to “back-to-work” beneficiaries. The long-persistent underperformance of value, cyclical and small cap stocks compared to growth, defensives and large caps was showing signs of turning. Small caps are likely to see a stronger profit recovery than their large cap peers. Confidence that vaccines will accelerate the return to normal economic activity boosted the price of oil, which is especially important to the Canadian equity market. The ongoing fall of the US dollar provides a further boost to commodities and cyclicals. The energy, materials and financials sectors, which dominate the Canadian equity market, look especially well-positioned to benefit from an improving economy. Perhaps 2021 will see the TSX regain some ground relative to its US counterpart.