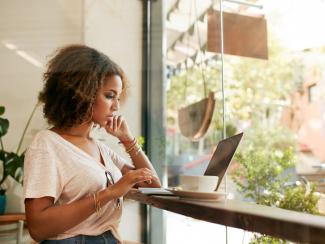 How Insurance Can Help Save Your Company

For business owners, insurance is a must-have. It can be the difference between business success and disaster. Picture this scenario: Your business is thriving and profits are up. In fact, you’re planning on expanding your operations in the coming months. Then a car accident leaves you with a serious disability. You need months of rehabilitation. You’re not capable – mentally or physically – of running your business.

Dan Kelly, president and chief executive officer of the Canadian Federation of Independent Business hears these types of stories from his members all too often. “I’ve heard a lot of heartbreaking scenarios,” he says. “Some entrepreneurs are left with nothing. Their family’s income stream stops 100 percent.”

And yet, for many business owners, “insurance is sometimes an afterthought,” he says.

Everyone needs insurance, but business owners need it more than most. If you’re an owner who can no longer run your company, things can deteriorate quickly. Within weeks, your payroll can run dry and debts can pile up. Yes, insurance costs money, but protecting your business is worth the cost, says Kelly.

Here’s what you need to know about business-related insurance.

Everyone needs insurance, but business owners need it more than most. If you’re an owner who can no longer run your company, things can deteriorate quickly.

In many cases, there’s no number two who can take over if the owner is forced to take a leave of absence. If they’re not properly insured, “that business is going to struggle,” says Mike Thomas, Vice President, Insurance Distribution at IG Wealth Management.

Insurance can help an owner hire a second in command if there’s not one in place, or bring on more staff to do the work that may need to get done during the boss’ leave, says Kelly.

The first place to start is to consider key person insurance, which is life or disability insurance that’s purchased to protect your company in the event that an owner, star salesperson or another integral employee gets injured or passes away. The policy, which is taken out by the company in the name of that key person, pays out to the business. The money can be used to replace that individual or keep the business afloat in another way.

Typically, a company would take out a 10- or 20-year term insurance policy on that person, as it’s the most cost-effective kind of insurance, says Thomas. Coverage is determined by how difficult it would be to replace that key individual, and what skill sets they possess, says Thomas. “You should be looking at the economic loss of that person,” he says.

Make sure you have enough coverage to keep the company running – don’t go with less coverage just because it may be less expensive – and review your policies every couple of years as businesses change and insurance needs can evolve, says Thomas.

Business owners may also want to consider taking out critical illness insurance, which would get paid out if they, or another main employee, gets hit with a debilitating illness, such as cancer.

Like key person, the company would be the beneficiary and the money can be used to pay employees, hire new staff and so on, says Thomas.

A critical illness payment is delivered as a tax-free lump-sum to the business, usually a month after you’re diagnosed with a covered condition, though timelines can vary.

Use insurance to buy out shareholders

Another common use of insurance is to buy out a partner’s spouse after that co-owner passes away. Typically, when a co-owner dies that person’s shares pass down to their next of kin, which, in most cases, isn’t ideal as the new shareholder likely won’t know much about running the  business.

Hopefully, this isn’t a contentious issue as the shareholders would have a signed shareholder’s agreement that would spell out exactly what is supposed to happen with the shares and how insurance should be used in this case. There are different ways to structure this, says Thomas, but it’s not uncommon for one shareholder to take out a life insurance policy on the other and vice versa. When that partner passes away, the beneficiary would use the money to buy the next of kin’s shares.

Again, this transaction would be pre-determined and written into the agreement, so the beneficiary wouldn’t be able to just walk away with the insurance proceeds, says Thomas.

Above all else, business owners need to be cognizant of the risks they face and they should not be afraid to discuss their financial situation with an expert. “It’s too hard to do this yourself,” says  Kelly.