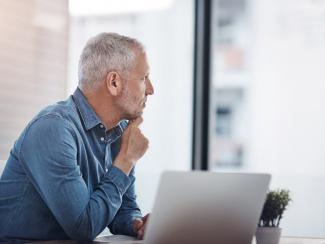 How to Take Out Multiple Mortgages

In 2002, Greg Baldwin made a fortuitous foray into the Toronto condo market. At the time, the IT worker was living in Silicon Valley and making enough money to put a down payment on two investment condos back home in Canada. While it took some effort to deal with closing his purchases – a lot of paperwork was couriered over the border – a solid credit rating and the ability to secure renters before closing helped him land a great rate at a major bank.

The federal government’s new stress test requires conventional borrowers to have enough money to pay for a mortgage rate that’s equivalent to the Bank of Canada’s five-year lending rate... or at the lender’s rate plus 2 percent, whichever is  higher.

Over the next decade, Baldwin bought and sold eight more condos. “They were making money, and it seemed like a good thing to do,” he says. Indeed, he made a decent chunk of change off the sale of his properties, not to mention the monthly rents kept income coming in. Over the last 10 years, though, lending rules have become stricter, while purchase prices have continued to rise.

While most Canadians won’t be juggling as many mortgages as Baldwin was – he sold off his real estate assets over the last few years – many people own rental properties, vacation homes and houses for their university-aged kids. According to the Canada Mortgage and Housing Corporation, 15 percent of new mortgage loans in Canada in 2016 and 2017 were for second properties.

Julie West, director in the mortgage planning specialist network at IG Wealth Management, says there are plenty of good reasons people might want to own more than one home, not the least of which is asset appreciation. “You can’t get a rate of return like you’ve been getting on residential properties,” she notes. Canada’s average home price more than doubled over the last decade, according to numbers from the Canadian Real Estate Association, while rents have also climbed in sought-after cities, including in Toronto, where the average bachelor apartment is going for $1,089 a month.

Taking out a second or third mortgage to buy more properties isn’t that different from taking out a loan on a primary residence. However, there are a few things you’ll want to consider before  borrowing.

While Baldwin noticed the mortgage rules grew tighter as the years passed, as of January 2018, borrowing has become even harder. The federal government’s new stress test requires conventional borrowers have enough money to pay for a mortgage rate that’s equivalent to the Bank of Canada’s five-year lending rate – currently 5.34 percent – or at the lender’s rate plus 2 percent, whichever is higher. While the actual rate you pay may be lower, you still have to meet this threshold on any new conventional mortgage. “Even though you make the same amount of money, you will no longer qualify for a loan of the same size,” says West.

According to calculations made on the Government of Canada’s qualifier online tool, a household making $200,000 a year with no other debts can be loaned $800,000 in total – say $400,000 for their home and $400,000 for a condo, taking into account modest costs for heating and property tax. But at a $150,000 income, those debt ratios would be too high. If you wanted to own two $400,000 properties, you’d have to come up with a bigger down payment or find a cheaper investment property.

As Baldwin can attest to, financial firms will want to see plenty of paperwork before they lend you money for a second home. You’ll need to provide pay stubs to prove your income, and your T1 General, which lists your annual income. You’ll have to show three years of Notices of Assessment if you are self-employed.

Lenders may also ask you to provide heating bills, which you’ll need to get from the previous owner or estimate at about $1 per square foot if bills are not available. You’ll also need a property tax bill or estimate.

If you plan to rent out your new-to-you house or condo, lenders will want to see a signed lease agreement or an appraisal with fair market rents. If you are already a landlord and have owned a rental property for two years or more, you’ll need a Statement of Real Estate Rental, which shows how much you made from rental income in previous years.

Suss out the property

Lenders also care about more than just the money – they want to know that the property you’re buying is up to snuff. “Cottages can be very tricky,” says West. “Some lenders won’t lend if it’s in a remote area. It needs to be accessible in the winter months.” Island paradises, houses in flood zones and others may be considered risky for lenders.

Baldwin doesn’t miss having to juggle mortgage payments or having to chase after tenants to pay rent. He used a line of credit to deal with shortfalls.

Since the expenses related to having an income property  – mortgage interest, repairs, insurance, and heat and hydro – are tax deductions, West says it may not make sense to prioritize paying off a second mortgage. But if you want to lighten that particular load faster, she says clients often use their tax refund for a lump-sum payment on either of their mortgages: just be sure you can do so without penalty, and that your financial advisor agrees.

If you’re thinking of making another property investment, it’s important that the payments and other costs work with your overall financial plan, and that you’ll be able to carry those mortgage costs even if your life situation changes. “It’s got to make sense,” says West. “Real estate is not a short-term investment.”